You will be immediately contacted to organize your trip in detail! 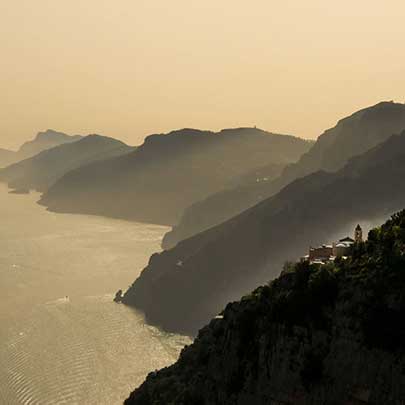 Positano (Campanian: Pasitano) is a village and comune on the Amalfi Coast (Province of Salerno), in Campania, Italy, mainly in an enclave in the hills leading down to the coast.

The climate of Positano thanks to its position is very mild, of the Mediterranean type; the winters are very warm with minimum temperatures that almost never fall below 6 degrees, while the summers are long, warm and sunny but often refreshed by the sea breeze. Thanks to the mild temperature and the beauty of the landscape, Positano has been a holiday resort since the time of the Roman Empire, as evidenced by the discovery of a villa in the bay. Typical are the many staircases that from the top of the village connect the upper districts with the valley area. The main beaches are Spiaggia Grande, Fornillo, La Porta, Fiumicello, Arienzo, San Pietro, Laurito and Remmese, some of which can also be reached by sea.