Founded by the Greeks around 600 a.E.V., it was initially called Poseidonia, from Poseidon, or Neptune, god of the sea, to whom the city had been dedicated. Between 400 and 273 ahead it was occupied by the Italic population of the Lucanians. In 273 it became a Roman colony with the name of Paestum. But it is undoubted that the foundation of the city was preceded by the planting of a commercial farm on the left bank and near the mouth of the river Silaros and that the malarial conditions of the land then induced the primitive settlers to move the town to the east, on a bench limestone slightly raised on the plain and on the coast, along the course of another minor river (river Salso or Capofiume).

From the primitive plant on the Silaros developed the sea and fluvial port of the city and near it arose the Temple of Era Argiva, which soon became one of the largest and most revered sanctuaries of ancient Italy: about 50 stadiums separated the city from the Heraion and its emporium on the river. The end of the Roman Empire roughly coincided with the end of the city. Around 500 E.V., in fact, following an epidemic of malaria, aggravated by the unhealthiness of the territory, the inhabitants gradually abandoned the city.

The rediscovery of Paestum dates back to 1762, when it was built the modern road that still crosses it. 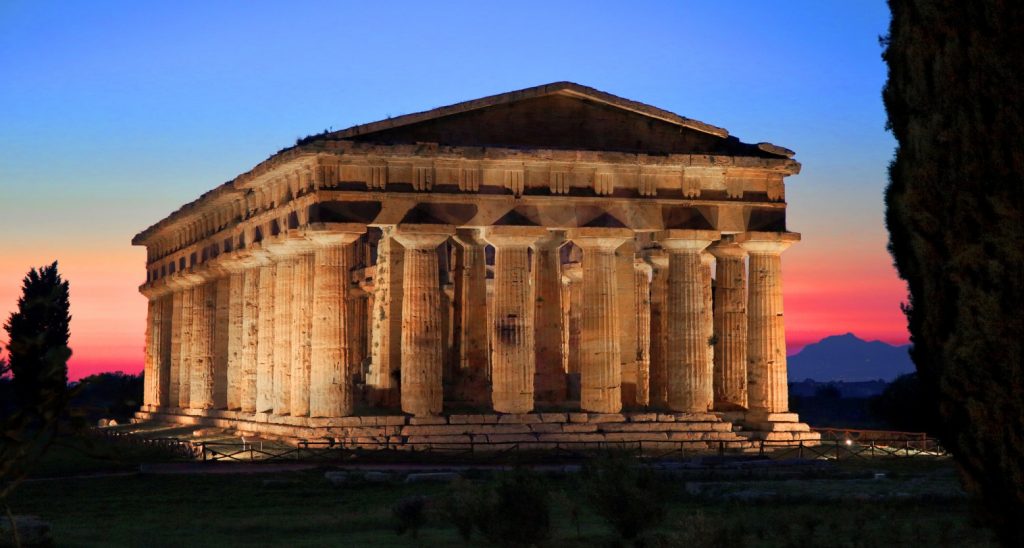